James Fry has a new book called A license for rock and pop. His subtitle “An Inventory Of Attitude” could also easily describe the albums he chose for his Baker’s Dozen. The book is dedicated to his old pals Tony Ogden and Nick Sanderson, both sadly deceased, who were both in the much-missed World Of Twist with the elegant Ogden on vocals and the fiery Sanderson on drums. They were too good for the time very good Madchester. Fry was also an early band member with guitarist Gordon King, and he went on to work again with Sanderson in Earl Brutus, a band that would prove to be among their band’s finest.

They were a glorious punk glam amalgam and sang about SAS and Navyheads; teenage operas and a putative teenage Taliban; bus drivers and the Midland Reds. The performances were anarchic, explosive. Earl Brutus knew their targets: Tudorbethan mansions, Nicky Clarke hairstyles, Harvester ads. Earl Brutus was the punch of the Glitter Band meeting the creative destruction of Gustav Metzger. Earl Brutus was wild. Earl Brutus was quite brilliant. And their mantra? You are your own reaction: barked as loud and proud as those tough hairy rockers of the Nazareth glam era shot high-dose dexamethasone.

Following Sanderson’s untimely death from cancer in 2008, Fry reunited with King and formed The Pre New whose debut album cover featured the British Rail logo in pink on a yellow background. It was their joint tribute to train conductor Sanderson and the design of the Sex Pistols for Never Mind the Bollocks.

Fry’s book contains an essay by Luke Haines, a blurb by Michael Bracewell. There is also a foreword by Bob Stanley of Saint Etienne, another group that Fry has worked with in his other role as a photographer. He was responsible for many iconic star images, including Lee “Scratch’ Perry and Oasis.” He knows all about the importance of position and background. Fry is an avid student of Mick Rock and his David Bowie imagery, he knows what a good album cover looks like, and his book highlights and questions classics like Prince’s sexy loveby Ian Dury New boots and panties!!Dr. Feelgood’s At the edge of the pierand the early days of the Ramones.

He has just returned from a trip to Rome, and I from Islay. Quickly identifying that we are the same age, our antennae quickly pick up on shared experiences: growing up in the suburbs, overcrowded comprehensive schools, fears of drugs in fifth grade, playing irritating records at teenage parties when the girls wanted to hear Fleetwood Mac . (Fry: discordant contract fulfiller with Lou Reed. Me: Hold on to the night by XTC). He saw Be Bop Deluxe live, but he kind of dodged the ax attacks at the Suicide concerts. Earl Brutus, however, would get thrown eggs, melons and glasses in due time.

The deaths of our respective fathers created an unpredictable need for Miles Davis’ best-known records, and it’s worth noting that our father spending too much time at work and caring for his children had consequences. unforeseen. Dads who couldn’t take advantage of Elvis because they were still struggling with the fall of the war and rationing or wiping their kids’ ass. Our parents missed the excitement. They were unlucky: unlike us, they had neither the Pistols nor the acid house.

We also talk about the brothers, and how they reciprocally influenced our tastes: Fry’s eldest is Martin from ABC. The Sheffield scene pops up in the discussion and Clock DVA is recalled. There are also shameful memories of clothes we admired and clothes we bought because of Bowie (sky blue breeks and such). There are bows to great cover designers and pop artist Derek Boshier. Fry admits to being 61 and feeling lucky to have lived through the heyday of pop music and what it meant.

James Fry’s new book A License To Rock is out October 17. To start reading his Baker’s Dozen, click on the image below. 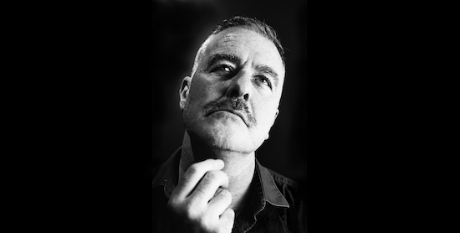